Whose interest gets priority when money is owed?

If you are owed money, as a creditor, you are able to put a charge over the debtor’s property. This charge helps to secure the loan. A caveat may also be placed on the debtor’s property. A caveat serves as a warning to the public that another party holds an interest in the land. If the land were to be sold, the creditor’s loan would be repaid before the money is given to the seller. 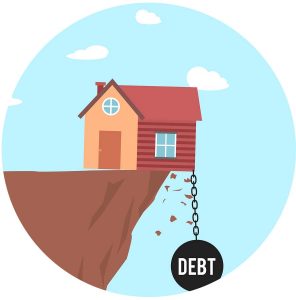 But what happens when another creditor also puts a charge and/or registers a caveat on the same property? Which is more significant?

This can be a big problem for creditors if there is a competing claim on the property and not enough funds to satisfy both interests (debts). For example, if a company is liquidated while owing two different creditors money and there isn’t enough to go around, who gets paid first? In the event this happens to you as a creditor, it is vital to know how the pecking order is established and whether your loan really is secured or not.

The general principle for assessing these similar claims dates all the way back to 1854 in a case between Rice v Rice. This case determined that in examining the relative merits of two parties having competing interests, the court must consider the nature and condition of the respective interests, the circumstances and manner of their acquisition, and the whole conduct of each party.

While that sounds pretty vague there are some more modern cases that shed some more light on this matter.

In this case six competing claimants all with interests created at different times were contesting the surplus from the sale of a house. Here the Judge initially applied the test from Rice v Rice before also remarking that the failure to lodge a caveat would also weigh into the equation of what order the claimants would have access to the funds. The Judge was careful to note that while registering a caveat is good practice, it is not necessarily the end of the story for claim order. For example, one of the claimants was bumped a full position back for withdrawing his caveat.

The Court’s judgement teaches us four main things about determining the priority of competing interests:

All of this guidance was re-confirmed in a more recent case just last year. In this matter, which was simpler by comparison, involved only two competing interests between Hanson and Bunnings. Hanson had the initial charge against a third party, followed by Bunnings who also had a charge against the same third party. Bunnings however, registered a caveat on the property of the third party before Hanson did. The ordering of importance was crucial since the third party had been liquidated and there was not enough funds for both Bunnings and Hanson. The court then had to decide who had priority to be paid first. The company that first made the charge or the company that first lodged a caveat?

Which is more significant – the date of creation of the charge? Or the date of registration of a caveat?

The guiding principle that was relied upon was where there is equal competition between interests, whoever created the charge first has priority. If however, the merits of the equities are unequal the order could be changed.

In the end the fact that Bunnings lodged their caveat first was irrelevant, with the Judge further highlighting that the lodgement of a caveat does not defeat a prior equity and that the holder of an equitable interest cannot necessarily improve priority by lodging a caveat. Hanson’s case was further solidified since Bunnings did not make any enquiries with the third party about any other credit arrangements or charges against land holdings. And the final nail in the coffin, as noted by the Judge was that Hanson did not in any way lead Bunnings to acquire its interest.

Conclusion – How can I protect myself?

Find out what charges (if any) already exist against creditors you have. A simple search for caveats by your solicitor can make it clear where you stand before you even get into business. And despite what some of the case law says, it is always better to err on the side of caution and place caveats when appropriate. Better to have it and not need it, than to need it and not have it.

For further information or assistance please do not hesitate to contact Shavin Silva or call us on 08 8410 9294.