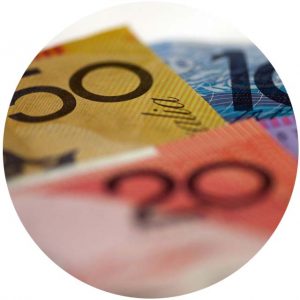 With ongoing discussions about the current economic pressures on South Australian households, it is of no surprise that discussions about council rate capping generate a great deal of momentum from time to time.

It is one of those super charged political topics, attractive to candidates seeking the swinging vote while drafting campaign policy.  Couple this with the continual increases to council rates across the state, and it was no surprise that the rate capping debate was alive and well in the lead up to the 2018 state election.

The South Australian Liberal Party has focused on the issue of rate capping for some years.  When in opposition, it introduced a private member’s Bill aimed at securing council rates, in the Local Government (Rate Increases) Amendment Bill 2016 (SA).   While the Bill did not succeed, the Liberals did manage a convincing election win in 2018, with rate capping making up one of its primary campaign commitments.

In June 2018, the newly elected conservative Government tabled the Local Government (Rate Oversight) Amendment Bill 2018 (SA) in the House of Assembly, followed by the standard political debate surrounding the pros and cons of rate capping.

Looking beyond the politics of rate capping, what does the legislation hope to achieve and does that objective have realistic outcomes for rate payers?

The pros and cons

A recent study by two Australian academics provides some helpful comparative views on the pros and cons of capping council rates.[i]

According to Dollery and McQuestin, the theoretical basis in favour of the rate capping argument turns on the level of distrust that rate payers have for local government and its spending habits, with the consensus being that most rate payers would welcome a greater ‘surveillance’ over local council expenditure by the state government.

The argument in favour

Rate capping is a preventive measure toward controlling the relatively free reign local government has over its finances.  Capping income is said to ‘curtail an abuse of power’, as well as restricting the governance that permits councils to redirect funds from essential infrastructure and services to other projects.

Some of the historical evidence has been prominent across other jurisdictions; New South Wales is perhaps the most often used example in Australia, having introduced rate capping in 1978.

The main arguments against appear to be the restriction of essential services and infrastructure and councils levying significant increases to other fees and charges in order to recover its lost revenue.  Councils in NSW argue that they are in a financial crisis and while rate capping is politically popular, limiting their capacity to raise money directly impacts their ability to pay for infrastructure and other major projects.

The Bill seeks to make amendments to the Local Government Act 1999 (SA).  It looks to cap rates, but it also provides for a framework of general oversight.

In a nutshell, the Bill aims to calculate a cap amount for the various councils and classes of councils on a yearly basis.  It then establishes a cap to the revenue that councils gather from general rates, this is the rate cap.  Councils will be able to make an application for a ‘variation’ to that cap, but only if it can show that it has engaged with its rate payers with a transparent view to its operational and financial plans.

Finally, the Bill also provides for a system of oversight.  This is done through compliance monitoring and reporting.  It will also take in the broader scrutiny of the practical effect that rate capping has on local councils and consequently, their rate payers.

The management of this oversight system will be done by the independent regulator, the Essential Services Commission of South Australia (ESCOSA).   In fact, ESCOSA will be responsible for making all rate cap determinations, receiving and assessing ‘variation’ applications from local government, as well as reporting on the overall compliance and consequences to the responsible Minister.

This is the same statutory body that was charged with overseeing both South Australia’s water and energy providers.

Will it ever make statute?

The question is, will this Bill ever deliver the kind of relief to households and businesses that rate payers are hoping for, given that the academics conclude that any suggestion that rate payers will save money simply does not stack up empirically.

While the debate continues the Bill has stalled, amongst suggestions that the Government is in consultation now on broader local government reforms.  Time alone will tell whether the Bill will ultimately gain royal assent, and if so, with or without significant amendment to its current form.