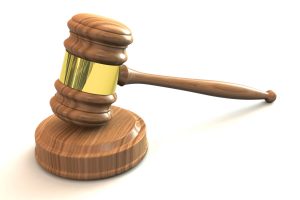 Pace Lawyers has represented Mr Barker in his pursuit of the CBA for the last 4 years.

In its decision handed down this morning, the High Court held that the implied term of mutual trust and confidence still has no place in Australian employment contracts.

The court found that the primary question raised by the CBA’s appeal was whether, under the common law of Australia, employment contracts contain a term that neither party will conduct itself in a manner likely to destroy or seriously damage the relationship of trust and confidence between them.

The Court ruled that the creation of a new standard of this kind was a form of “judicial-law making” and “not a step to be taken lightly”, and further that “the common law in Australia must … not trespass into the province of legislative action”.

Whilst reducing his damages, the Court upheld all of the existing costs orders in Mr Barker’s favour.

In stark contrast to the UK position where the implied term is a legally established right, the Court said that the term was not an application of the implied duty of co-operation, which prohibits conduct that would frustrate the performance of a contract.

Specifically In Mr Barker’s case, the employment agreement did not require an implied term to protect the employee, given the provisions on an internal policy specifically designed to do so. Unfortunately, a separate provision of the policy also allowed the Bank to terminate Mr Barker in any event. The Court went on to say that “the question of whether a standard of good faith should be applied generally to contracts has not been resolved in Australia”.

In an area so heavily regulated by legislation, in the author’s view the Court called very clearly for Parliament to enact laws to ensure that Australia’s employees are treated with dignity in employment relationships.

For advice on terms of mutual trust and confidence and other employment law matters please contact Julia Adlem, Senior Associate Lawyer, Pace Lawyers on 8410 9294 or send an email via this form.