Exercising Options – Is Strict Adherence to the Terms of the Agreement Necessary?

It is important with any agreement that the terms and conditions are adhered to, so as to prevent a breach, or even a fundamental breach giving the other party an option to terminate.

In some circumstances, however, if a term in an agreement becomes contradictory to other legal obligations, it may be necessary to divert from strict compliance of that term. 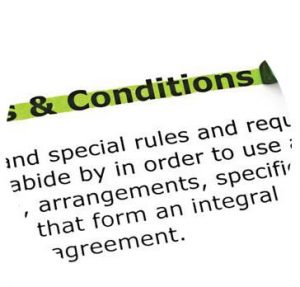 For example, in the case of Matos v JLF Corporation Pty Ltd [2016] QSC 032, Matos exercised a put option requiring JLF to purchase his property. JLF claimed the option had not been validly exercised because Matos used a later version of a standard form contract to exercise the option, instead of the older version contemplated by the term in their agreement.

The court found that notwithstanding this, Matos had validly exercised the put option by using the later contract, because by strictly complying with their agreement in relation to the mode of exercise of the option, Matos would have fallen foul of other state laws. He was able to obtain a declaration compelling JLF to purchase his property.

For more information or assistance on exercising rights in an agreement, please contact Shavin Silva, our Associate Lawyer who specialises in commercial contracts with this form or on 08 8410 9294.