An unprecedented sum: $130,000 in damages awarded for sexual harassment

In 2014 Ms Rebecca Richardson successfully appealed a decision of the Federal Court of Australia and gained an additional $112,000.00 in damages for her sexual harassment claim. 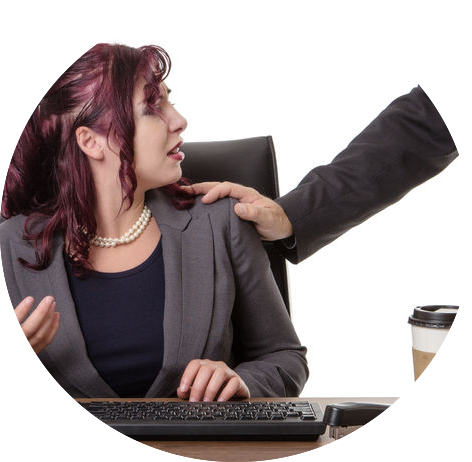 The Appellant, Ms Richardson, worked as a Consulting Manager for the first respondent, Oracle Corporation Australia Pty Ltd (‘Oracle’). She was working with the second respondent, Mr Randol Tucker, as part of a “bid team” that was established by Oracle in April 2008, to attempt to secure a commitment from the ANZ Banking group to engage Oracle’s services.

During the course of their work together in the bid team, it was alleged that Mr Tucker sexually harassed Ms Richardson. Accordingly, Ms Richardson’s case was that ‘from the time of her first face to face meeting with Mr Tucker in April 2008, she was subjected to a humiliating series of slurs, alternating with sexual advances from Mr Tucker, which built into a more or less constant barrage of sexual harassment’. She relied on a total of eleven incidents of sexual harassment, that taken together evidenced a pattern of unlawful conduct. This pattern of unlawful conduct continued until November 2008, when Ms Richardson complained to Oracle about Mr Trucker and they began investigating his behaviour. Ms Richardson resigned from Oracle in March 2009, when it became apparent that Oracle would continue to employ Mr Tucker.

Ms Richardson brought proceedings against Mr Tucker in the Federal Court of Australia for his unlawful conduct and against Oracle, claiming that they were vicariously liable for his conduct. Mr Tucker’s conduct was found to be contrary to s 28B(2) of the Sex Discrimination Act 1984 (Cth) and Oracle was vicariously liable pursuant to s 106.

The trial judge awarded Ms Richardson a total of $18,000 by way of general damages, being compensation for the non-economic loss she sustained because of Mr Tucker’s sexual harassment.

On Appeal, Ms Richardson argued that $18,000 was insufficient and that the trial judge had “erred by awarding manifestly inadequate general damages”. Oracle argued, with reference to a number of cases, that the damages awarded to Ms Richardson were well within the “permissible range” of $12,000 and $20,000 that is ordinarily awarded for general damages arising from sexual harassment.

The Full Court accepted that there was a “general range” for awards of general damages in sex discrimination or sexual harassment cases and that the trial judge had had regard to that range. Upon reviewing the relevant cases, they confirmed that the trial judge had correctly identified a range of between $12,000 and $20,000 for awards of general damages in sexual discrimination and sexual harassment cases.

Each Case Is Unique

However, the Full Court decided that whether the award of damages was “manifestly inadequate” was not to be determined with reference to some previously accepted “range” in sexual harassment cases. They reasoned that comparisons between sexual harassment cases are not straightforward and that every case and every award of damages is unique, but that ‘[a]wards should not be minimal, because this would tend to trivialise or diminish respect for the public policy to which the Act gives effect’.

In expanding on this reasoning, they made reference to academic commentators, who discussed the initial difficulty experienced by courts and tribunals whilst fixing the amounts for general damages for sexual harassment. These commentators believed that in light of the Court’s difficulty, they had adopted a “cautious approach” and fixed the amount at a “conservative level”. This conservative level has supposedly resulted in an overall perception that awards for general damages in cases of sex discrimination and harassment are generally low. This has led academic commentators to opine that ‘the courts have not accorded much weight or significance to the emotional loss and turmoil to an applicant occasioned by acts of unlawful discrimination and harassment’. With one academic going so far as to say that the damages presently awarded in the Court for sex discrimination risked “creating a time capsule” that in most cases fixes the valuing of non-economic loss to an unofficial range set, in effect, 20–30 years ago. In light of the above, and in considering the relevant cases, the Full Court noted that over the years there had been little change to that general range. With the upper end remaining the same for well over a decade and only a very modest increase at the lower end of the range.

The lynch-pin of the Full Court’s reasoning was that even a cursory overview of the quantum of awards historically awarded for other types of claims ‘reveals a substantial disparity between the level of those awards and the typical compensatory damages provided to victims of sexual discrimination and harassment’, and that ‘disparity bespeaks the fact that today an award for sexual harassment, though within the accepted range for such cases, may be manifestly inadequate as compensation for the damage suffered by the victim, judged by reference to prevailing community standards.’ They went on to reason that, the “permissible range” had remained unchanged, despite the fact that ‘the community has generally gained a deeper appreciation of the experience of hurt and humiliation that victims of sexual harassment experience and the value of loss of enjoyment of life occasioned by mental illness or distress caused by such conduct.’

They determined that in light of the extent of Ms Richardson’s injuries and the prevailing community standards, the trial judge had made an error in awarding such a low level of damages, and they held that Ms Richardson was entitled to $30,000 for economic loss and an award of $100,000 for general damages.